Security is a huge concern for everyone. The safety of the code you use is important regardless of you being a beginner or expert in Node.js app development. It is even a professional habit that developers acquire as they grow with experience. Making sure open-source codes are secure is one of the fundamental mission of NPM, with approaches to security at scale to empower NPM users to develop secure code.

With NPM(short for Node Package Manager), you do not need to worry about the safety of your code. NPM provides vulnerability-scanning tools that are built-in your Node.js workflow. These tools are faster and they automatically review every install request you make, and warns you if you try to use unsafe codes. It even analyzes your dependencies trees to check specifically what has security issues and recommend a replacement or fix the issues automatically.

In this article, we will have a look at NPM registry survey statistics, check other developers’ responses to Node.js security practices and identify which tools you need to assess your open-source code safely. 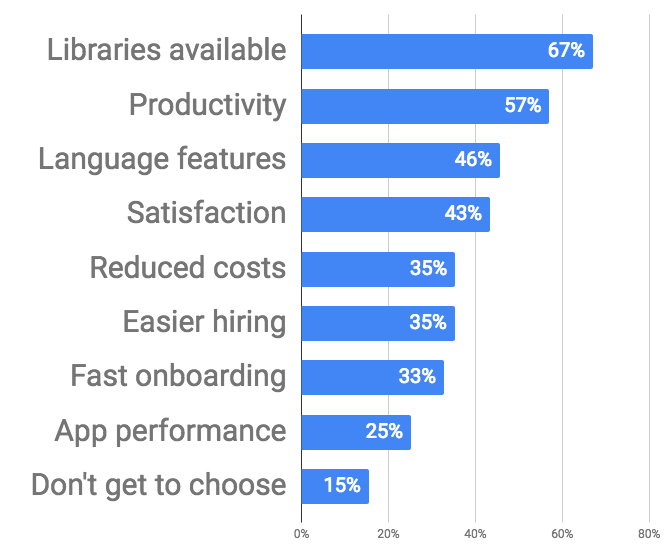 On June 2019, NPM crossed a million-libraries mark. With over 1.3 million libraries currently available, NPM registry is now the largest single collection of open source libraries in the world with more than 12 million developers.

On April 23, 2018, NPM users downloaded five billion packages within the last 7 days of that date. On this day 4 years ago, that figure was 50 million, this means 10,000% growth. The average IP downloads were 2200 packages per month.

Up to now, NPM has recorded tremendous growth with over 20 billion average weekly downloads. As am writing this article, the NPM registry recorded 88,820,279,735 libraries downloads last month. NPM registry is now serving around 125 billion requests at a whopping 6 Petabytes per month.

These statistical testimonies explains the resilience and commitment of NPM to keep the world’s largest community safe by building a chain of fast reliable tools to ensure every JavaScript line of code you write as well as the open-source code you use is safe before you go live.

The following survey findings were carried out by NPM in partnership with the Node.js Foundation and the JS Foundation with more than 16,000 JavaScript/NPM users getting involved. The main aim of this survey was to find out how JavaScript developers understand security in relation to the open-source code they use and code they write. These findings were documented on April 10, 2018. Let us have a quick snippet of this survey report primarily based on some the questions the respondents were asked. Read on the methodology behind this survey.

NOTE: The following questions were picked directly from this survey questionnaires.

2.1. Are you concerned with whether the open-source code you use is secure?.

This concludes that, the more time you utilize JavaScript the more you become concerned about ensuring that the code you use is safe. In short, the attitude to security changes with experience.

2.2. Are you satisfied with the available methods to evaluate the safeness and the quality of open source code?

It is interesting to note that more than half of the JavaScript developers are not convinced with the existing tools for analyzing the security and quality of open-source code, which is very alarming.

Let’s separate this responses and compare the security concern between open source code and the code you write.

87% are concerned with the security of their own code while 77% had the same on open source code. These figures conclude that a great number of JavaScript developers are concerned about security, be it open source or the code they write themselves.

2.3. Which tools and practices do you use to ensure security in your application?

From these results experienced groups were:

If all answers are combined, a measure of how many developers uses some form of security practices on codes depending on experience will be:

npm@6 is a major update to NPM. It includes built-in security features for open source code. npm@6 allows NPM registry users to automatically receive warnings if they attempt to try to use unsafe code. NPM automatically reviews any install requests you make against the Node.js Security Platform database and returns an alert if the code has a vulnerability.

The command npm audit allows you to deeply recursively analyze your dependencies trees to identify any unsafe library and recommend a replacement or upgrade to a newer version. With npm@6, you can run npm audit fix, to automatically fix the recommendations made on your dependencies trees audit. If you are using the older version npm@5, just type npm i -g npm@latest to update to npm@6 and take full advantage of this powerful built-in automation tool for your workflow, along with other enhancements and features.

npm@6 speed range between 4x to 17x faster compared with npm@4. What this means is that, as a developer, the speed is not just to make exciting things faster, but it allows you to scale your projects beyond what they can do.

As a developer, you will spend much less time between pushing a new build, continuing deployment, iterating, and sharing changes. This means continuous integration (CI) and continuous deployment (CD) within your workflow with an additional 2x to 3x faster speed.

package-lock.json has the following advantages

Use npm install --package-lock-only to create a lock file without having to install into node_modules/.

npm@6 goes to an extent of automatically resolving package-lock.json conflicts if you happen to run npm install during a conflicted state. Check to get started with package-lock.json. To make this even more flexible and clear, npm@6 has unleashed npm-merge-drive, which allows you do all the rebasing and merging and other backflips.

As you may have noticed, we have introduced npx and we need to know what it is and what it does. Npx is an NPM package runner and it helps you to solve specific problems. With npx, it is easier and smoother to work with npm-based CLI tools.

5. Using npx has the following advantages

For more information go to this npm blog post.

Npx is a great tool that you should try in your daily workflow.

4. Real-time notifications npm@6 allows you to configure your CLI to receive real-time registry and package changes notifications as they happen. Each time a package has changes an HTTP POST payload is sent to the URL you have configured with a hook. Hooks are added to follow a specific package for example if you want to use Express you set up a hook for Express.

There is a lot of very useful information on npm@6, more than what we have discussed in this article. Consider getting started with npm@6 and you will be excited to have a faster and safer tool to build amazing applications with.

npm@6 has an amazing overall security of the NPM ecosystem.

Since security is everyone’s responsibility, we all need to work together to make a huge step forward to ensure the safety of any code we use in our daily workflow, making sure that the world’s largest community is even safer. I wish all NPM users the best of luck as they continue to build fast, safe, and amazing things.

Hapi vs Koa vs Express
Environment Variables in Node.js
How to Prevent Cross-Site Scripting in Node.js
Building A Real-Time Retrospective Board With Video Chat
How to Perform Custom Ranking for Records from a MongoDB Database in Node.js
How to Set up a Node.js Express Server for React
Writing A Multiplayer Text Adventure Engine In Node.js (Part 1)
Web Scraping With Node.js